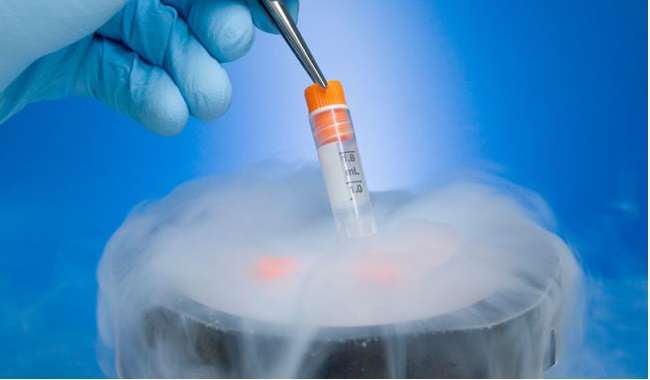 Vitrification or Slow Freezing: Which is a better technique?

A typical IVF treatment cycle generates numerous embryos, out of which only 2-3 are transferred for implantation. Many of the remaining embryos are viable too, but these have to be left to avoid multiple pregnancies. Considering the efforts that go into a cycle, it is not logical to discard these unused ones. Moreover, these have the potential to grow into healthy babies. For this reason, these embryos are cryopreserved for use in subsequent IVF cycles. The future cycles are rendered easy and cost-effective because the steps up to embryo culture can be bypassed. The available healthy embryos are available for direct transfer.
Similarly, cryopreservation of eggs is equally useful for patients who want to preserve their fertility. Egg freezing technique is beneficial for cancer patients and those opting for motherhood at advanced age. With cryopreservation becoming such a widely used fertility technique, it becomes important to adopt a method that gives best results. Vitrification and slow freezing are the two techniques used for freezing eggs and embryos for long term. Each of these techniques has their own pros and cons. Understanding these is important to take decision about the one which would be the best for a woman.

Also known a slow programmable freezing, this cryopreservation technique was introduced in the eighties. As the name suggests, it involves freezing the egg or embryo at a slow rate. The cells are first treated with cryoprotectant (anti-freeze) fluid that protects them during the process. They are then cooled down gradually; at the rate of 1-2 degree Celsius per minute till they reach the optimal freezing temperature of -196 degree Celsius.
The eggs/embryos are stored in special containers placed inside liquid nitrogen-filled cylinders. They can be persevered for years as the biological processes within the cell come to a halt. The eggs/embryos can be thawed later, when they are to be used for IVF treatment. However, they have to be checked to identify damage, if any, caused during the slow freezing process. Since formation of ice crystals was the most common problems with this technique, vitrification was invented as advancement over it.

In contrast to slow freezing, the vitrification technique refers to fast freezing. The ground breaking technique was introduced almost a decade ago and it is now regarded as a more reliable method. During this technique, the eggs/embryos are cooled rapidly to reach the optimal temperature of -196 degree Celsius within a few minutes. In this process, the cells are treated with a higher concentration of cryoprotectants as compared to those used in slow freezing. They become vitrified or glass-like, rather than being crystallized like ice. The cryoprotectants prevent the formation of ice crystals within the cells and prevent the resultant damage.
Vitrification is a vastly improved method of freezing the eggs and embryos. It is much more preferable for eggs as these have a higher intracellular content. The risk of formation of ice crystals is therefore higher in eggs but vitrification minimizes this risk. The thawing process for vitrified eggs/embryos is similar to that used for the slow frozen ones. The chances of retaining good condition after being thawed are much better as compared to the other technique.